The Curse is back. After a decade of peace, monsters once again roam the northlands. With the growing threat of evil upon us, there is one shining light and his name is Auric. Now, far from his prime, Auric has stepped out of retirement to reclaim his title and protect his people but do they still have faith in their old hero? 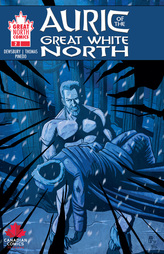 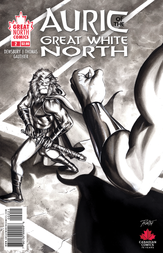 Mike Rooth
Add a photo to this gallery
Retrieved from "https://canadiancomicbooks.fandom.com/wiki/Auric_of_the_Great_White_North_Issue_2?oldid=2434"
Community content is available under CC-BY-SA unless otherwise noted.