Winner of Best Comic Book in the CanComics Wiki Awards 2017

Taurin Curtis, a familiar face from Auric's past, has resurfaced at a press conference. On that very stage, Curtis reveals that he and his company have discovered a way to control the beasts. He reveals his first successful subject, a minotaur named Silverhorn. It is Curtis' plan to reprogram these beasts and use them as a new defense against evil. As Auric voices his disapproval from the crowd, he is drugged just minutes before another beast breaks free from a Curtis transfer trailer. A confrontation is inevitable and Auric already has a history with this beast. 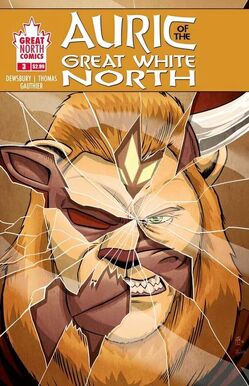 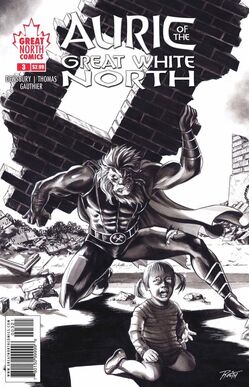 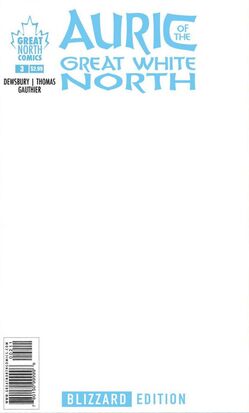 Sketch Cover
Add a photo to this gallery
Retrieved from "https://canadiancomicbooks.fandom.com/wiki/Auric_of_the_Great_White_North_Issue_3?oldid=2480"
Community content is available under CC-BY-SA unless otherwise noted.