Nick Murray, a mine rescue worker, mysteriously disappeared during a mine cave in. Thirty years later, he emerges not having aged a day, and with amazing new powers. Along with Nick, strange creatures have been released on the City of Greater Sudbury. Join Nick as he learns what he's missed and tackles these foes across the City of Sudbury. 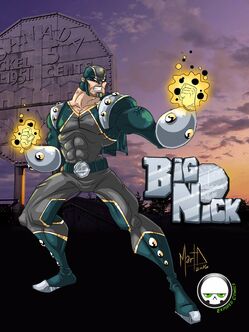 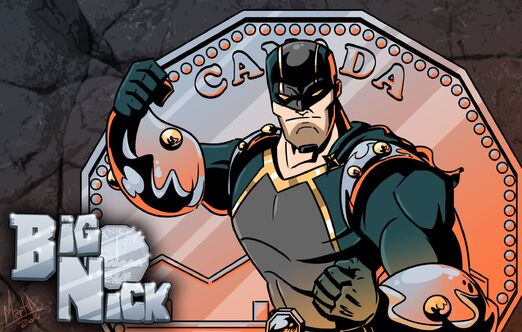 Add a photo to this gallery
Retrieved from "https://canadiancomicbooks.fandom.com/wiki/Big_Nick?oldid=2790"
Community content is available under CC-BY-SA unless otherwise noted.