A self-published comic book series, written and drawn by Gary Boyarski, chronicling the adventures of Jack Grimm, the newly appointed Harbinger of Death.

Gary Boyarski grew up on a farm near a small town in Saskatchewan, Canada.

As if that wasn't enough to ensure a lifetime of struggle, he fell in love with comic books at an early age and has been a geek ever since.

In the summer of 2015, he began work on his magnum opus, “Jack Grimm: Harbinger of Death” an ongoing comic book series chronicling the adventures of death personified.

In addition to making comics, buying comics and thinking about comics 24 hours a day, he enjoys spending quality time with his beautiful wife, and their wonderfully busy children. 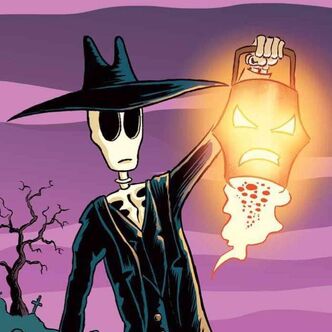 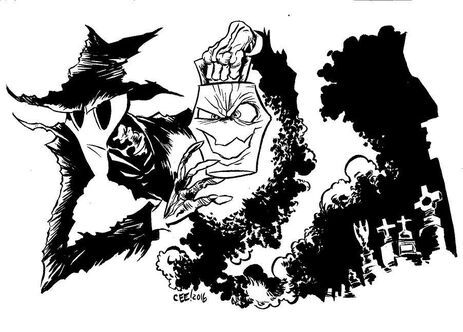 Add a photo to this gallery
Retrieved from "https://canadiancomicbooks.fandom.com/wiki/Jack_Grimm?oldid=3461"
Community content is available under CC-BY-SA unless otherwise noted.