One year has passed since the last remaining Horseman, Sir Franklin Dranzer, drew his final breath at the unmerciful blade of La Ira.

However, as one life ended, another one began. Reaching the end of her endeavour to find her father with no success, La Ira has reluctantly embarked on a newfound journey unbeknownst to even herself. Redefining her purpose has led her to a journey of self-realization. Though stained with the sins of her past, both La Ira and Zorro have decided to let go of the violence that has made them who they are and integrate themselves back into society.

But even that couldn't last forever. 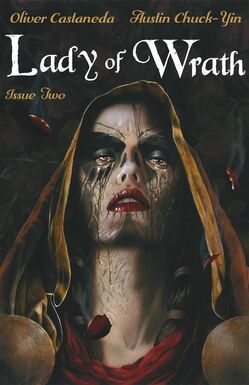 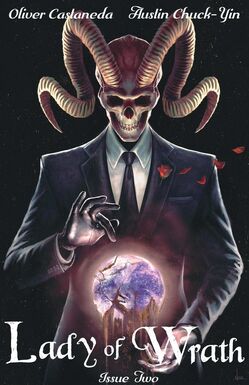 Variant Cover by Nino Vecia
Add a photo to this gallery
Retrieved from "https://canadiancomicbooks.fandom.com/wiki/Lady_of_Wrath_Issue_2?oldid=3589"
Community content is available under CC-BY-SA unless otherwise noted.